The Police are stopping UK ad campaigns appearing on piracy sites in order to reduce the legitimacy of copyright-infringing sites. So far the police claim that ad campaigns for car, food/drink and property sectors have been stopped form appearing in illegal web pages.

This new scheme involves a blacklist, which is shared with ad brokers whose software chooses where individual ads are placed. Several industry experts have claimed that this move will have a "negligible" affect on the earnings of illegal sites. 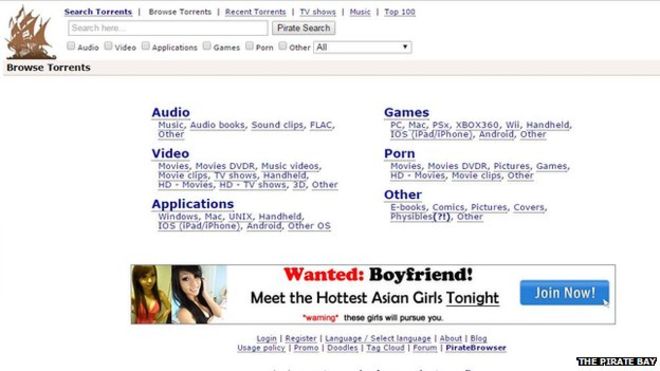 This move is designed to force copyright infringing websites to use ads which are going to earn the website less money and make the website look much less legitimate.

This will not remove ads entirely from these websites, but in theory should make these websites make less money from UK based users. Industry expert, Peter Szyszko said this to the BBC.

"The effort in the UK means that the advertising profile changes considerably,"

"You start getting less and less high value advertising - big brands, household name - and you start moving towards either no advertising or different formats of advertising that tend to pay less or are less credible from a consumer perspective - adult sites or sites advertising 'free games' that ultimately contain malware, are fraudulent or are generally just inappropriate."

"However, if a few [advertising] sectors do indeed pull out, others will automatically take their place, and the effect on the website's income may be negligible."

You can join the discussion on UK Police preventing UK based Ad campaigns from appearing on Piracy sites on the OC3D Forums.

SuB
Wow, talk about focusing on the wrong thing.

This is just the state attempting to show they're protecting the rich's riches.

I'm not going to get into the heated debate of piracy and all that but this is daft.Quote

Kushiro
Well unfortunately the rich do hold a higher priority in the eyes of most of the people who have control. Rather unfortunate for most.

Quote:
that's because those in control are rich and just look after their ownQuote