There were plenty of driving seats and setups on show at i52. Everyone here at OC3D loves a good driving sim, and the capability to play them on these types of settings. Big screen, good wheel, feed us through a tube. Our own TNR rig was featured on the MSI - YoYo tech stand where they were raising money for 'Help for Heroes'. Unquestionably a worthy cause and something that commands the upmost respect, we didn't see any other stands doing anything but putting peoples money in their own till.... 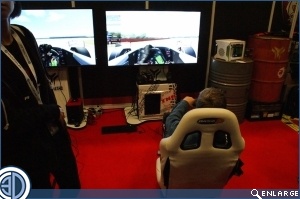 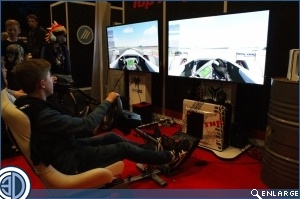 The Emperor chair on the Overclocks stand before had Codemasters Autosport Grid available. We loved the first Grid, the second one was rubbish and, as you can see here, Autosport Grid can be successfully played with a keyboard. It's not exactly Grand Prix Legends is it. Casual gamers and companies desiring nothing but sales are killing us. But enough of our personal despair at the state of the gaming industry, which is a whole other article. The point with this system is its a complete gaming rig powered by one one of 8packs systems. Next time boys can you please put a wheel on it so Tom can have a go! 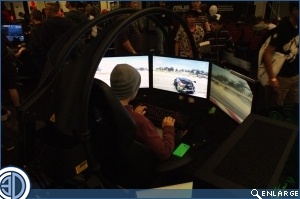 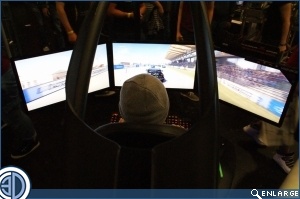 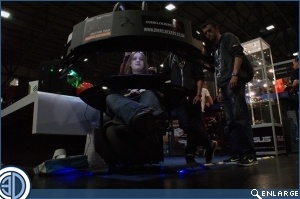 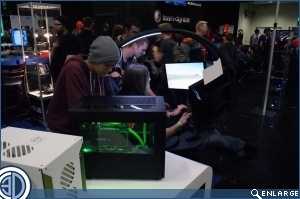 Depending upon whether you bow before the altar of Facebook or whether you like the smaller developers will largely determine whether you're excited by the Oculus Rift or disgusted by it being "ruined forever!!11". If anything it perhaps continues the trend away from multiplayer on the sofa where you prod your mate to distract them, and into the online world where even the room you're in is of little consequence. Sorry, we said our gaming industry despair would be elsewhere.

Our viewpoint on the whole thing can best be summed up by the following. We want the setup on the right about a million times more than we want the one on the left. 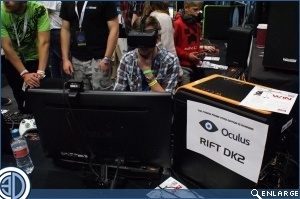 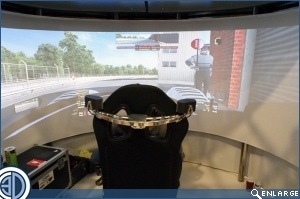 tinytomlogan
Quote:
Was good to meet you too dude - we need to draw Neg a map to the bar next timeQuote

Permafrost
good to see you had a good time guv

I couldn't go, with family and work stuff.Quote

barnsley
I'll be at i53. This is such a tease

. Wish I'd have gone.Quote
Reply