OC3D at i40 More Winners 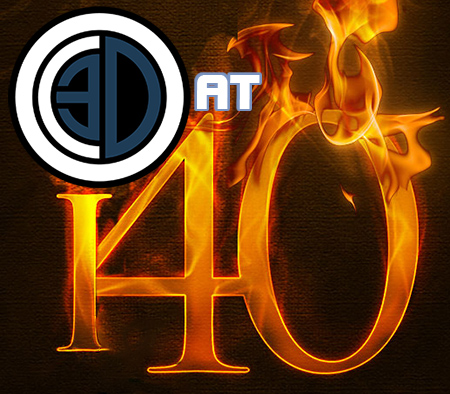 Next up as part of the OC3D Give-away we have Terry Carr and his daughter Rebecca. Terry is from Nottingham and a real proper family man. His daughter is also at i40 as part of the gaming clan, with her well-sorted pink gaming rig.

As Terry is such a good Dad he makes sure his daughter is alright it's left his PC in a bit of a sorry state. You have to reward the virtuous in life and so he was a prime candidate for the white NZXT Phantom case. 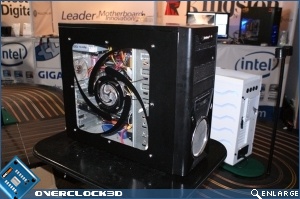 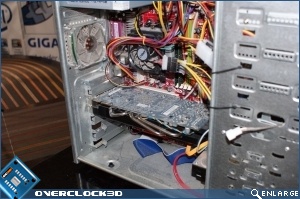 Here is the man himself with a dusty old rig. Inside is a MSI K9N Neo motherboard running a AMD 2.4GHz processor with a stock cooler. 4GB of generic RAM, a 650w generic PSU and a Sapphire HD4870 GPU. 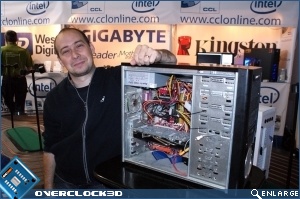 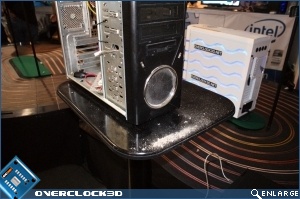 Once again thanks to NZXT and Corsair he is now the proud owner of a stunning NZXT Phantom case. Power is provided by a 650w NZXT Hale White PSU. NZXT also provided the braiding kit that keeps the inside looking far more like he deserves.

Here is the man himself. Take a close look at that little girl because in a few years time she'll be the one fragging with the best of them! 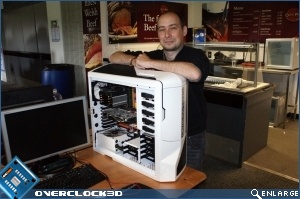 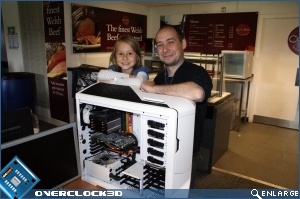 Throwing away that ancient old AMD stock cooler and installing one of Corsairs best, the black topped A70 CPU Cooler.  I think you'll agree this is far more like the kind of PC Terry deserves having ploughed so much money into Rebecca's rig. 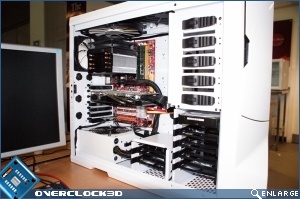 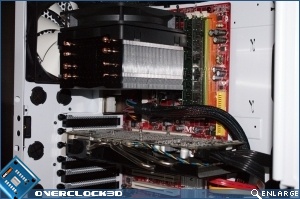 Head over the page for another give away or y﻿ou can discuss this and many other prizes in our forums.

deathwish
Quote:
where are you based Tom I will come and see you

tinytomlogan
Quote:
CCL Online stand dude, the one with the massive scalextric!Quote

deathwish
Quote:
you looked a bit busy when I came down will try to catch you a bit later once it is quieterQuote

tinytomlogan
First NZXT Phantom Give Away!

steve30x
Lucky mofo. I am stuck with crappy DDR2 800MHZ ram at the moment. I could badly do with that ram upgrade. My case and PSU are good though. Im going to try and get a core I5 upgrade soon with 2x GTX480 , but it will take me 6 months to pay for it.Quote
Reply