At the start of this year, EVGA entered the soundcard business in partnership with Audio Note, a UK-based company that creates exclusive audio components and is highly regarded within the audio world. 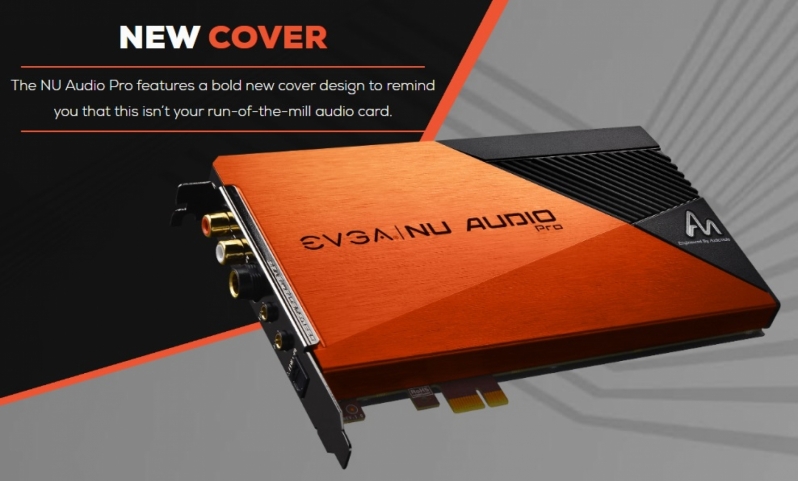 Below is a list of feature upgrades that EVGA includes with its new NU Audio Pro series products.

The art of audio is about combining a lot of little details and fusing them together to create something greater than the sum of its parts. Careful testing and fine-tuning gives the NU Audio Pro a more refined look and audio signature than its predecessor. Here's a look at what's new on the NU Audio Pro:

The NU Audio Pro features a bold new cover design to remind you that this isn't your run-of the mill audio card.

The Seiryu capacitors, exclusive to the EVGA NU Audio Pro cards, are the progeny of Audio Note's KAISEI Electrolytic Capacitor lineage. Made using a slightly modified production process, these capacitors were designed from the ground up to improve the audio at every frequency.

The NU Audio Pro card also features AVX F95 audio tantalum capacitors to lower distortion, create a darker background, yet still give a dense lush feeling to the audio. The NP0 ceramic capacitors were replaced with Panasonic PPS types, to give a sweeter more natural treble. Combined, this gives an increased sense of air to wide-bandwidth recordings.

Headphone lovers have not been forgotten. The NU Audio Pro Card features an LT1469 op-amp for the headphone out, which provides a lusher and more high quality sound to the audio, bringing out great dynamics and sound-staging without the edginess or rough sounding qualities of other op-amps.

The NU Audio Pro features a new take on RGB by offering three different RGB lighting zones on the side of the card. Each zone can be linked to the other two, while the two bars can be configured for audio reactive lighting to change dynamically with your audio playback.

With more channels comes great responsibility. That's why the NU Audio Software received a makeover to allow for new configuration options, individual and linked channel volume controls, and a new page to control the RGB lighting on the NU Audio Pro. 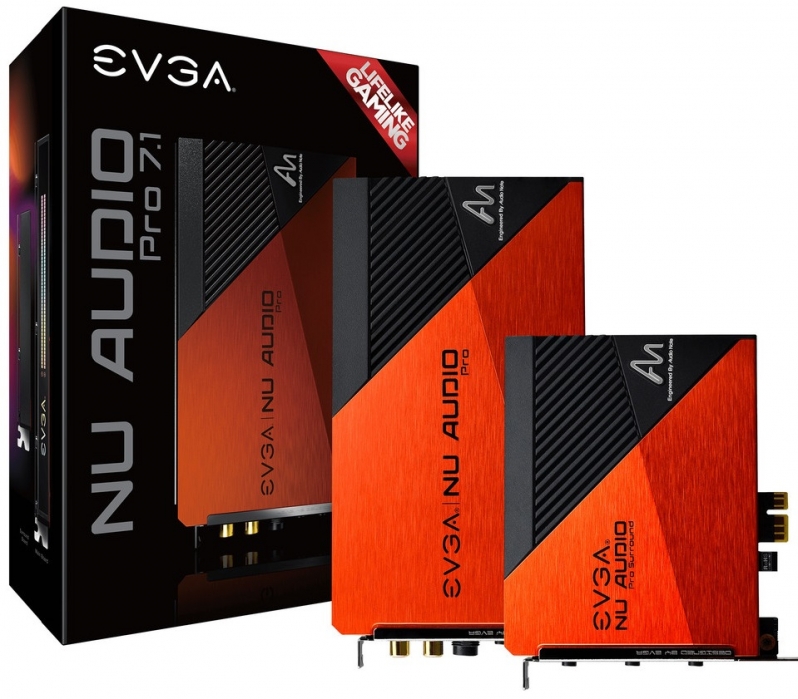 You can join the discussion on EVGA's new NU Audio Pro series products on the OC3D Forums.

Avet
I am so against any form of internal sound cards. Fully digital ones yes. But anything that has DAC inside the case... No. There is just too much electrical noise. I am really interested in trying Creative's Super X-Fi. Adam from PC World is stunned by it. I would sincerely recommend anyone who wants to buy this one to go with external option instead.Quote

trawetSluaP
Are internal soundcards anywhere near as good as external set-ups like the Fiio E10K or Schiit's Modi/Magni?Quote

Avet
Quote:
In the same price range it is always better to go with external.Quote

NeverBackDown
Quote:
E10k is a good cheap solution. But the Schiit stack is in an entirely different bracket of performance.

As said above it's better to have external in the same price range.Quote
Reply