Bitcoin needs to get green

Tesla's CEO, Elon Musk, has confirmed that Tesla will no longer accept payments in Bitcoin, citing concerns at the growing fossil fuel use of Bitcoin miners.

This announcement has caused Bitcoin's value to plummet below $50,000, dropping the currency's value by over 10%. Elon has also stated that Tesla will not be selling its Bitcoin but has signalled that their will use it for transactions again when cryptocurrency mining transitions to more sustainable energy sources.

In Elon's statement, it was also revealed that Tesla is looking to accept additional cryptocurrencies as Tesla payment mechanisms, hoping to support currencies that require less than 1% of Bitcoin's energy use per transaction. With this move, Tesla hopes to support ecologically-minded cryptocurrencies, which makes a lot of sense for the green energy giant.

With Tesla being a provider of electric vehicles, solar energy solutions and other clean energy products, supporting Bitcoin is a stance that is ideologically inconsistent with Tesla's goal of a "zero-emissions future". At this time, it is unknown how Elon's move will impact Bitcoin in the long term and if his move will cause any Bitcoin mining operations to look at greener energy sources. 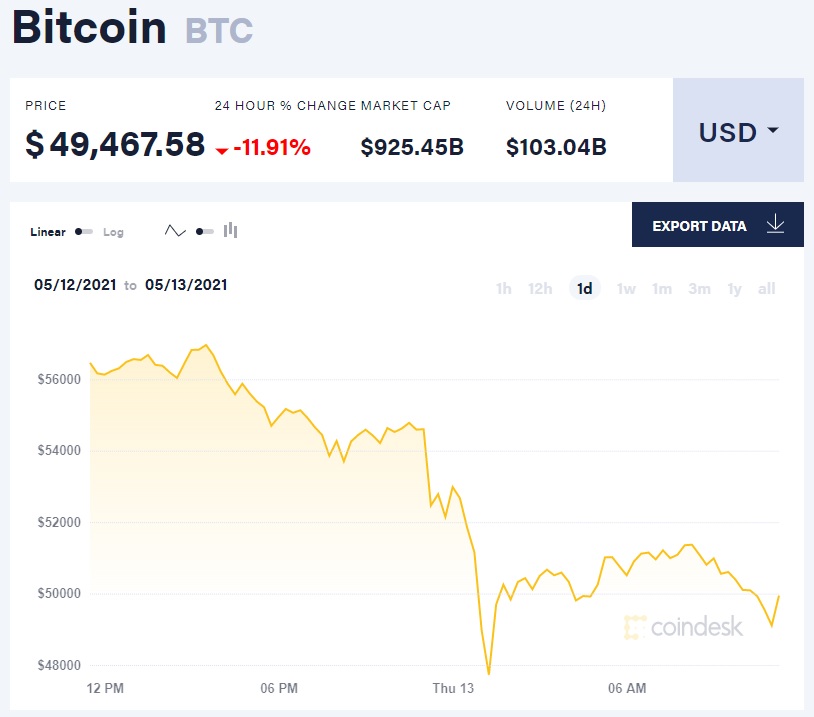 While many people call Elon's statements regarding Bitcoin "market manipulation", it is worth noting that Tesla will not be selling any of its Bitcoin. Bitcoin's dip in value was not caused by Tesla selling out its stake in the currency, and the company does not appear to be investing in the currency further during this dip in value.

Bitcoin has become a major investment vehicle for the wealthy, who have predicted that inflationary forces will cause the value of assets to rise and the value of currencies to fall over the next decade. With this in mind, assets like Gold and Bitcoin are seen as prime investment targets. That said, Bitcoin's long-term future remains uncertain, especially as the power usage of the cryptocurrency's operation continues to skyrocket.

Below is Elon Musk's statement regarding Tesla's pause in Bitcoin payments;

Tesla has suspended vehicle purchases using Bitcoin. We are concerned about rapidly increasing use of fossil fuels for Bitcoin mining and transactions, especially coal, which has the worst emissions of any fuel. Cryptocurrency is a good idea on many levels and we believe it has a promising future, but this cannot come at great cost to the environment.

Tesla will not be selling any Bitcoin and we intend to use it for transactions as soon as mining transitions to more sustainable energy. We are also looking at other cryptocurrencies that use <1% of Bitcoin’s energy/transaction

You can join the discussion on Elon Musk causing Bitcoin's value to drop by over 10% on the OC3D Forums. 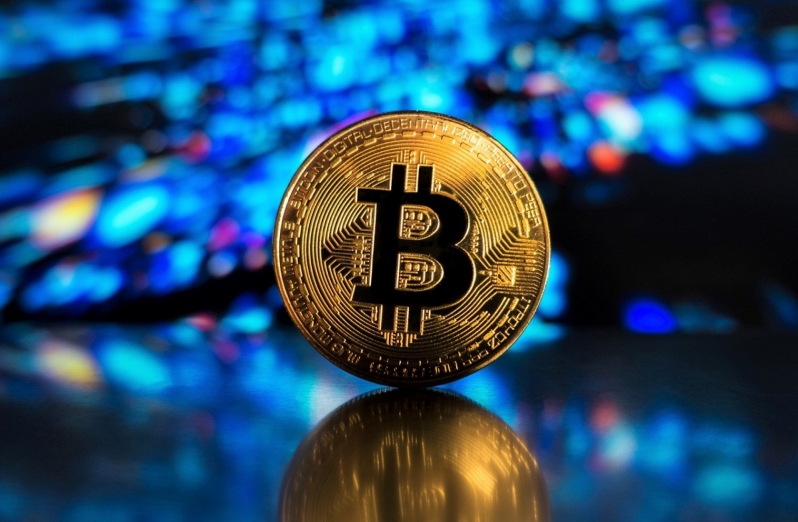 Dark NighT
A correct decision, the power usage to get bitcoins is just insane, always wondered why he did support it, unless he was ignorant about the source of these coins being a huge power draw.Quote

tgrech
The end of his tweet seems to indicate they're looking into the very low power Proof-of-Stake alternatives, potentially Ada/Cardano, Dot/Polkadot, or waiting for the Eth2.0 switch (Since the wheels are finally properly in motion for that and looking feasible)Quote

ImprovizoR
Quote:
If low power is their goal, they should just use XRP.Quote

tgrech
Quote:
XRP is a bit scammy (Falsely claims to be used by banks ect to bolster value when really it's completely unrelated Ripple Labs tech used by banks and their executives have been sued for selling XRP tokens which are still and will continue to be officially considered unregistered securities), and has various practical issues as a currency long term (Hard cap, pre-mined, centralised consensus mechanism).

(Unlike say Bitcoin or Ethereum, where, for better of worse [given the types of goods being purchased], the majority of historical transactions have been to purchase goods rather than speculate, in BTCs case research indicates a majority of transactions are dark web, almost always drug, related, whereas Eth's transactions predominantly related to "smart contracts" and applications like NFTs)Quote
Reply